An independent resource estimate for the Kun-Manie project was reported by the Company on 20 March 2018. Compiled by RPM, in accordance with JORC standards, the updated Mineral Resource Estimate (MRE) is contained within the four largest drill defined deposits including Maly Kurumkon / Flangovy, Vodorazdelny, Ikenskoe / Sobolevsky and Kubuk. The resource update includes all drilling completed through 2017.

Numbers may not be concise due to rounding.

Resources previously reported within the Gorny deposit are no longer included in the MRE inventory. The low grade of Gorny, less than 0.4% nickel, requires additional drilling.

During H2 2016, RPM completed a trade-off study of the mining potential of the Maly Kurumkon / Flangovy deposit to determine the ratio of open pit to underground production. The results were based on a Net Smelter Return (NSR) mining cut-off grade equating to $40.80 per tonne (Australian based mining costs). The study also used the H1 2016 resource model which excluded all drilling completed in the 2016 field season and therefore does not reflect the full mining potential of the deposit as drilling expanded the deposit by 900 metres along strike to a total length of more than 3,000 metres. In addition, Inferred resources (approximately 25% of the total resource) were included in the assessment. Hence, the determined “Mining Potential” does not qualify as a JORC reserve and is considered to be indicative.

The Mining Potential for Maly Kurumkon / Flangovy is depicted in the two following graphics. 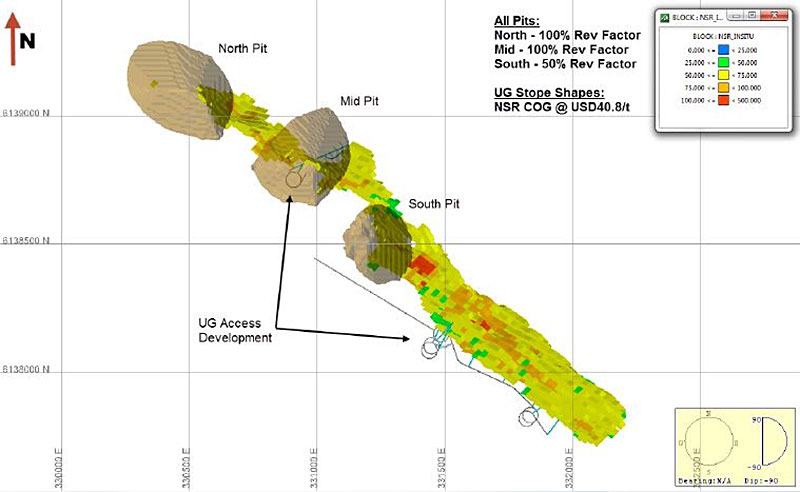 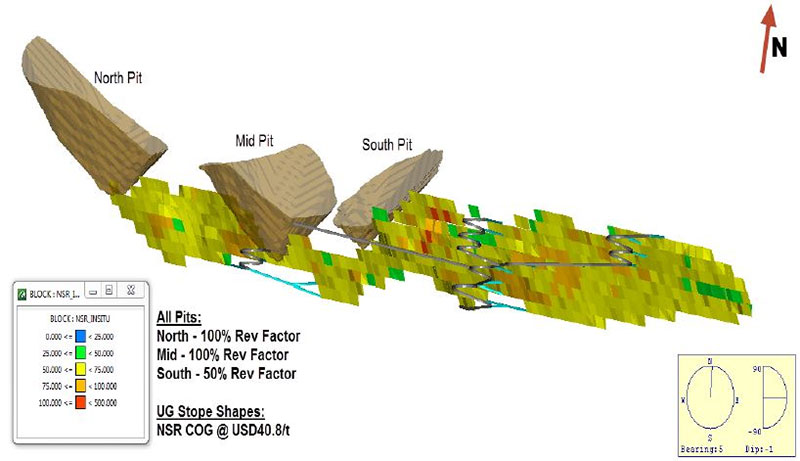 Mining Ore Reserves will be determined for all deposits using JORC standards to establish a Life of Mine production schedule and detailed engineering results allowing for the final determination of operating and mine capital costs.

Previously reported reserves for the deposits of Vodorazdelny, Ikenskoe / Sobolevsky and Kubuk were based on open pit production only. Portions of these deposits may be mined using underground production methods which will significantly modify the mineralisation that can be considered to be a part of the reserve. Once new mine designs are available for these deposits, reserves will be updated. The Maly Kurumkon / Flangovy reserve will also be updated to account for the substantial increase in the resource related to the 2016 field drill results and reclassification of Inferred resources to that of Indicated.