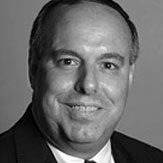 Mr. Schafer has nearly 40 years of experience in the mineral industry, working in the international sector with both major and junior mining companies. He is founder and Managing Director of Eagle Mines Management, a globally active private natural resources corporation. He has held executive and senior management positions with Hunter Dickinson Inc., Kinross Gold Corp., and BHP Minerals over the past 20 years. Throughout his career Mr Schafer has worked internationally, with notable experience in the far east of Russia, Southern Africa, South America and Australia.

His work has included the structuring and implementation of successful exploration strategies, project reviews and valuations leading to acquisitions, and the management of local and expatriate exploration teams operating in a wide variety of geologic environments. In addition, he is the Past-President of the PDAC and Past-President of the Canadian Institute of Mining and Metallurgy (CIM) in Canada, and a Past President of the Mining and Metallurgical Society of America and the Geological Society of Nevada in the USA.

Mr. Schafer is the recipient of the William Lawrence Saunders Gold Medal from AIME (2002) and the Daniel C. Jackling Award from SME (2017) for career achievements. 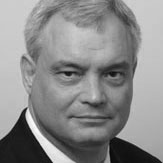 Mr. Young is a geological engineer who has worked extensively in the CIS since 1991. He has 39 years of experience in the mineral resources industry overall, which has included large scale projects in remote areas as well as significant work with junior mining companies. He has held positions of increasing responsibility within the exploration, development and production sectors including operations design and construction. Since 1980, he has been involved in the international sector and has been the Chief Executive Officer of two geological and mining consultancy companies. He has been CEO of the Company since October 2004. Mr. Young is a licensed Professional Geologist and holds a Bachelor of Science degree in Geological Engineering. 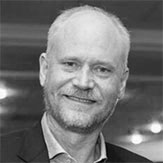 Thomas Bowens is a certified professional geologist with over twenty-five years of international experience in the minerals exploration industry, and has spent the last nineteen years based in Mongolia (1998-2006) and Russia (since 2005). Prior to founding IG Copper in 2009, Mr Bowens was the Vice President of Exploration and Chief of Operations for Fortress Minerals Corporation. He is currently based in Khabarovsk in the Russian Far East. Mr Bowens is also the General Director of OOO Amur Minerals, the Russian registered license holder of the Malmyzh Copper Gold Deposit, and the Director General of Khabarovsk Minerals, the Parent Company of Amur Minerals which is a joint venture company owned by IG Copper (51%) and Freeport McMoRan Corporation (49%). Mr Bowens has been directly responsible for two major mineral deposit discoveries in Russia in the past 12 years, Svetloye and Malmyzh, and has a track record of success in the management and operation of exploration companies. Mr Bowens is also the founder and Director General of Kolymageo LLC– an exploration drilling and geologic services company in the Russian Far East. He has worked for Cyprus Amax Exploration, Harrods Minerals, Ivanhoe Mines, and two Lundin Group Companies, International Uranium and Fortress Minerals. Mr Bowens has degrees in economics, geological engineering (Magna Cum Laude) and a master’s degree in Geology, the latter two from the Colorado School of Mines. 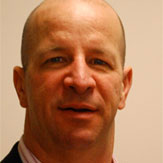 Mr. Savage has more than 35 years of experience in all aspects of the mining industry. Brian is currently Chairman of Sage Management LLC, a privately held company he founded to advise and invest in natural resource projects and companies. Brian is Chairman and CEO of Technology Metals Corporation, a privately held company he formed to focus on tin, tantalum, tungsten, lithium, cobalt, and manganese projects in the Democratic Republic of the Congo. He is Chairman and CEO of Avellana Gold Ltd., a mineral exploration and development company dedicated to the acquisition, exploration, and development of mineral resources, primarily in Ukraine and the surrounding countries of eastern Europe.

Brian was previously Chairman and CEO of Frontier Mining Ltd., an AIM listed company, was a founder of two other AIM listed companies, has served on the board of public and private companies, and has a wealth of experience operating in challenging jurisdictions. Brian earned his Bachelor of Science degree in Mining Engineering and his Master of Science degree in Minerals Economics from the Colorado School of Mines. 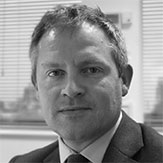 Mr. Gazzard, who has acted as an external adviser to Amur for four years, joins the Board with over 10 years of experience working across large institutions in the City of London in his role as a Fund Manager.

Working with the Panmure Gordon Asset Management team until August 2002, he then transitioned into the commercial financing sector. Between August 2002 and May 2010, Paul participated in the listing of three Australian technology companies on the AIM market of the London Stock Exchange (“AIM”), operating at the senior Executive level within each of the companies. Paul subsequently worked as Chief Operating Officer of Litebulb Group, which was admitted to AIM in May 2010, overseeing multiple funding rounds and acquisitions for the company over a period of two years.

Since then, Paul has worked as a consultant across various AIM listed companies, advising on corporate and financing related matters, in addition to working as an adviser to a number of high net worth individuals on specific corporate and management issues related to their investment portfolios. 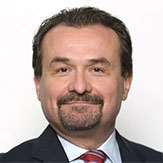 Mr. Naumovski has more than three decades of experience working in Russia, most recently as Vice President and General Director of the Moscow office for Kinross Gold Corporation, the largest Canadian investor in Russia. He also developed the business of Visa International, serving as Senior Vice President and General Manager Visa International Service Organisation (VISA), CEMEA region. Additionally, he served as Senior Banker and Head of Mission for the Russian Team of the European Bank of Reconstruction and Development in Moscow and as Commercial Secretary for the Canadian Embassy in Moscow and later Deputy Director for USSR and Eastern Europe for the Canadian Department of External Affairs and International Trade. 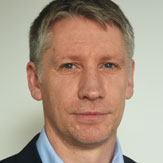 Mr. McKay is a fellow of the Association of Chartered Accountants (ACCA) and has over 25 years of experience providing financial expertise to a number of industries in areas of banking, accounting, taxation, corporate structuring and corporate finance. Having been involved with mining companies since 1997, overseeing financial and legal issues for exploration and production projects in Africa and the CIS, Mr. McKay joined Amur Minerals in 2011.